On December 19, 2019, opened an exhibition of photo works “Debaltseve. 4 days at the front line” of the famous Ukrainian cameraman Serhii Mikhalchuk in the Sixth Administrative Court of Appeal. At the end of 2014, he was just outside the Debaltseve , at the front line, to record the life and daily risk of the military for the integrity and independence of Ukraine.

These photos, as well as the Revolution of Dignity photos, from the first to the last days, are a manifestation of the support to the fighters for the freedom and future of Ukraine.

I went there because of feeling that I need to capture this situation on camera. I felt that a history was happening. Therefore, I took photos of Maidan movement and war in Donetsk from the first to the last days.

As a citizen, as a specialist, as an artist I cannot stay away, I have to film it. I felt that I had to show and bring home to people what I saw. And I tried to leave a mark in history of this war.

Thanks to Dmitrii (code name Gros), the political commander of the 25th territorial defense battalion “Kyivan Rus”, we passed there, where the journalists were not allowed.

I don’t see this war and the Maidan movement in color. Black and white turns off the year and century it is. I feel reminded of 1914 or the First World War.  As an artist, I imagined it the same. Clothing, fighting holes, weapons... Except the small modern details, such as telephone and walkie-talkie it seems that I’m in the time of the Second World War.

This war is a part of our great history. The events of 2014 and Maidan movement it is also a history. The main thing for our country is to learn from these events. We must not forget such things.

Filming dedicated to the Russian-Ukrainian war

I was offered to make a documentary film. This was an official order from the Ministry of Defence of Ukraine. However, I refused. I didn’t want the film to be pretentious. I’ve thought only about the impression of the Debaltseve as a tragedy of our country and people who live there.

It would be interesting to take a part in the filming of a feature film. However, the time must pass for me. It passed for five years after I’ve been near Debaltseve but it’s not enough. I still have a feeling that the story does not end yet.

Special thanks to the fighters of the 25th territorial defense battalion “Kyivan Rus” and personally to the battalion commander Andrii Yanchenko.

Acceptance of the war today

I feel responsibility and should remind that I saw five years ago and on the Maidan movement. I didn’t do it then, because there were enough people who spoke about the war. Everyone talked about it and used for various purposes - good and bad.

Now people try to close their eyes on the situation, so I feel that I have to show what I saw. I have never heard from people on the war, who are really fighting, from volunteers, the military that they are tired of the war. As a rule, in our country, people who have never seen the war say that they are tired. Would to God that it doesn’t happen.

Socially active people who are on the war, they don’t have a question of their interests or changing their place to a comfortable one. Everything that they have were putted on this fight.

I am sure that many of them won’t give up and capitulate to the enemy. None of those who were at the front tired of the war, because on their hands the comrades were dying. It cannot be forgotten.

Serhiy Mykhalchuk is a Ukrainian cinematographer.

In 2014 he was awarded the honorary title - Honored Artist of Ukraine. During his career, he managed to work on more than 30 films, in particular, “The Guide”, “Under Electric Clouds”, “The Lover”, etc.

Golden Medal of the Academy of Arts of Ukraine.

Photos from the opening of the exhibition “Debaltseve. 4 days at the front line”. 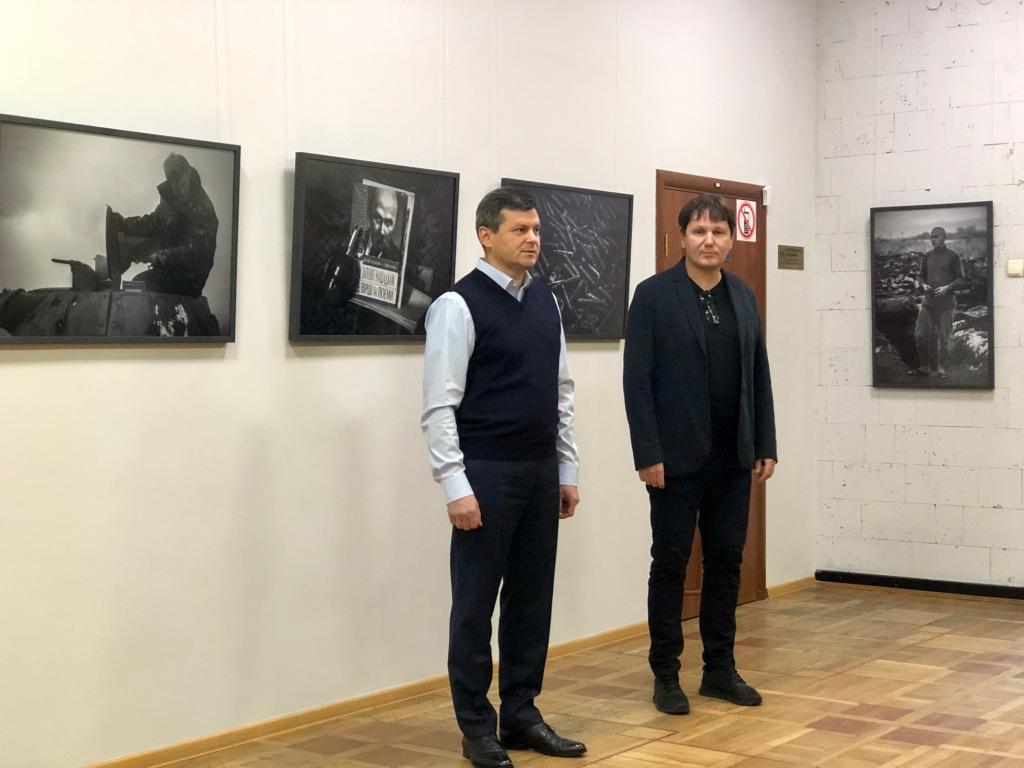 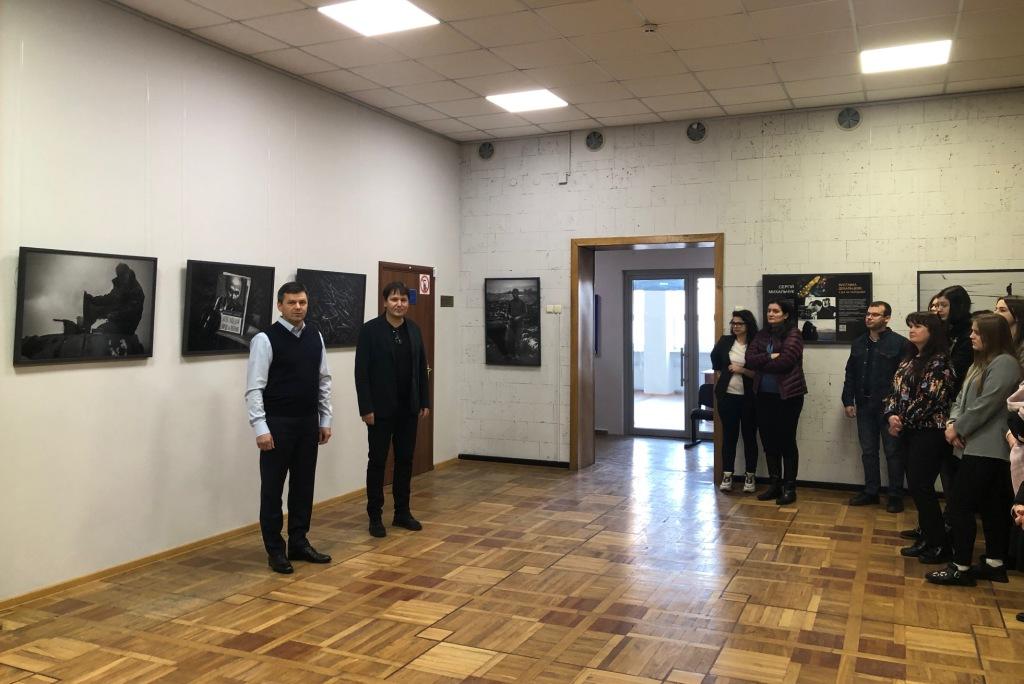 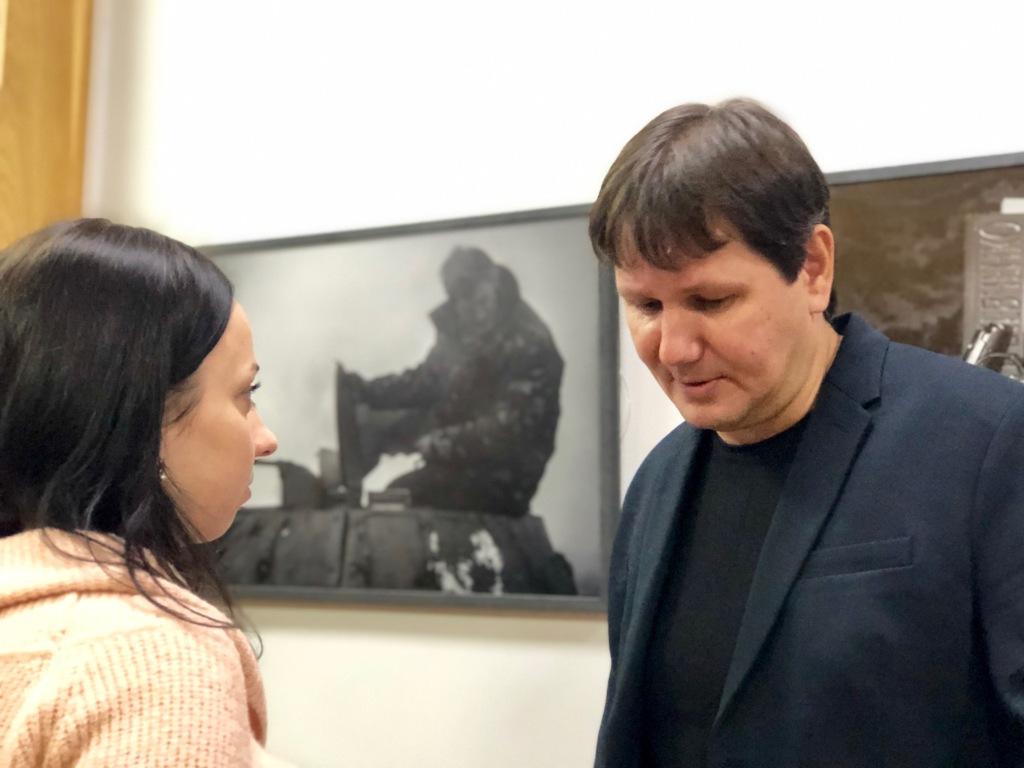 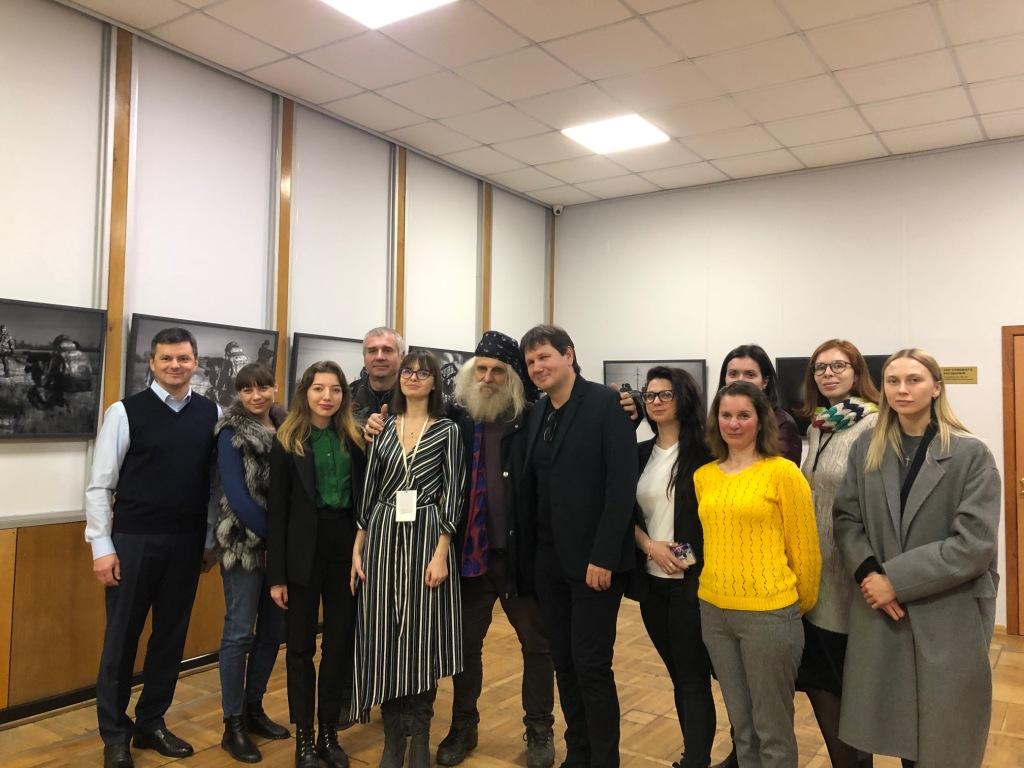